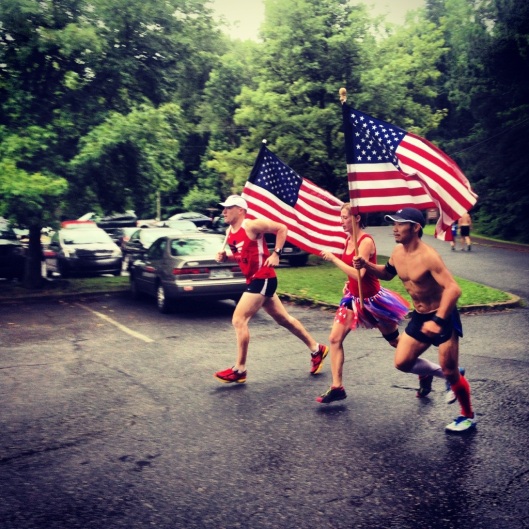 On the 4th of July the hubs and I volunteered and ran the Peavine Falls Run at Oak Mountain. I’d been waiting for this race all year because it’s cheap, has a large field, and always has great shirts. 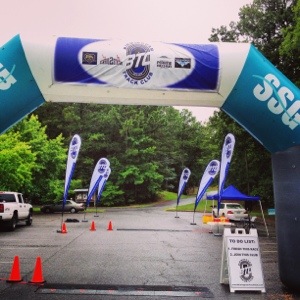 Kickass finish line if I do say so myself

Zack and I signed up to volunteer with setting up and breaking down the finish line. Or rather, I signed us up. 4 a.m. wakeup on a day off. What a guy! I love when you can volunteer and run a race—best of both worlds! 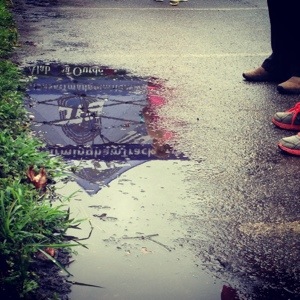 There was a record turnout despite the rain, and everything went off without a hitch. The rain really wasn’t as bad as we had expected. There was no thunder or lightning—it was more like running through a continuous sprinkler. Which you should do on the 4th of July anyway. And it sure as hell beat the 100 degree temps they had last year. 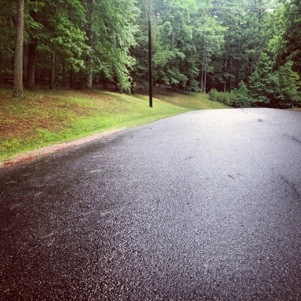 The Peavine course is notorious for its hills, particularly the wonderful downhills in the second half of the race. The catch is, to go down, you must go up first. Four miles of up. While the 1,100 ft. of elevation change isn’t shocking for someone who runs trails at Oak Mountain regularly, it’s pretty significant for someone who prefers flatter courses. Steep or not, I’d much rather run up a crazy short hill and be done with it than trudge slowly uphill for many miles. Unless I’m running up Mt. Cheaha. 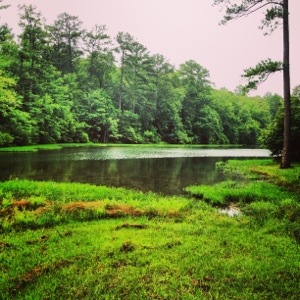 Rainfall on the lake

The race started with a bit of a reprieve from the downpour, and the trees sheltered us from the rain the rest of the race. There were a number of beautiful photo ops of the surrounding ridges and runners in the fog, but I chickened out and left my phone in the car where it’d be dry. So you’ll have to believe me when I say it was gorgeous! 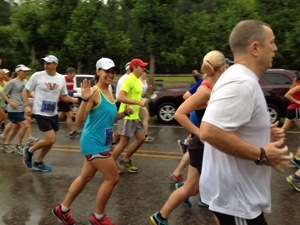 I didn’t put much thought into the race – my only plan was to run the entire way up to the falls. At about mile 1.8 my calves started cramping, which never happens, so I stopped to walk and stretch them out. Was it the hill? Low sodium? Laziness that I could have pushed through? Either way, it hurt and I ended up speed walking a lot more than I had planned. After the race almost everyone I talked to had ended up walking at least once, so I didn’t feel as guilty.

Once I reached the top of Peavine and had some Gatorade, my calves felt better and I was able to take off downhill at a decent clip. It had been frustrating watching people that I had passed pass me while I was walking, but I smoked them on the downhills. Ah, the sweet taste of revenge! 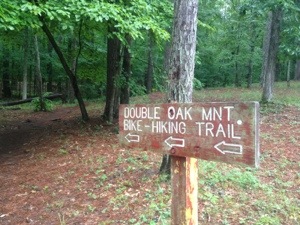 Where the fun begins

The last 1.2 miles of the race were on singletrack, which I had been looking forward to the entire time. Once we turned onto the trail I was able to get at least eight “kills”—looks like my trail running skillz are paying off! 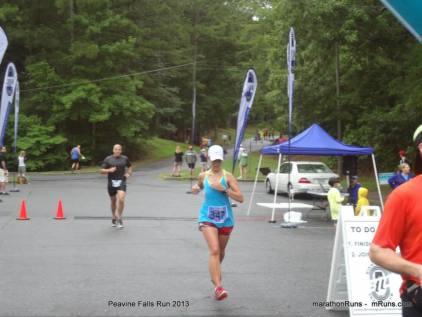 Thanks MRuns.com for the great pic!

Overall it was a great start to the holiday weekend! Running, volunteering, hanging out with friends, getting soaked, eating ice pops—that’s what freedom is all about, right? Happy birthday America! 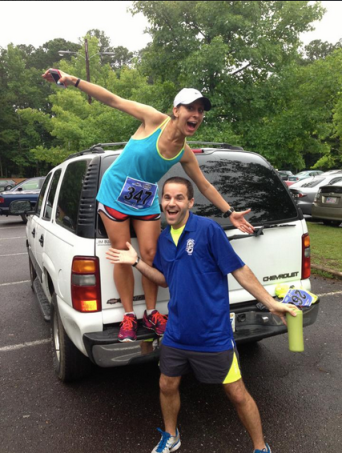 Thanks Vann for capturing our craziness 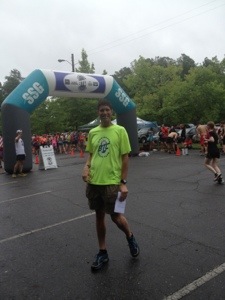 Big thank you to our RD Alex! 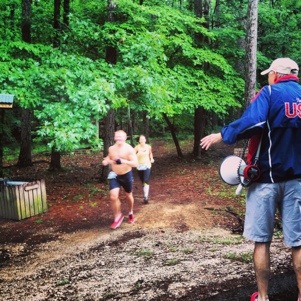 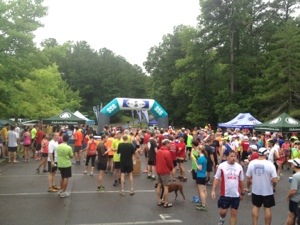 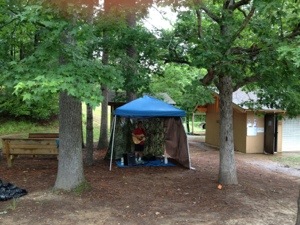 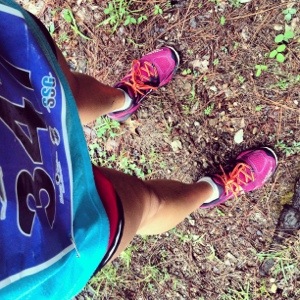 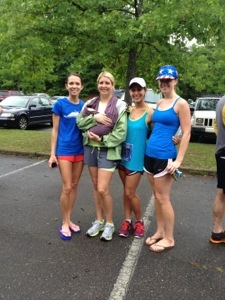 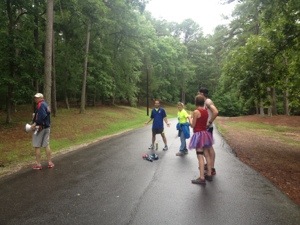 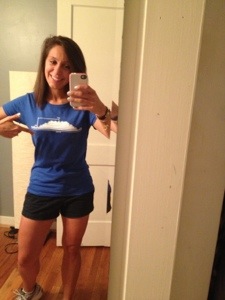 Rockin’ the shirt with the race elevation profile